It’s common knowledge that the brown marmorated stink bug (BMSB) has spent the last couple of years trying to hitch a ride to New Zealand – usually as a stowaway in imported vehicles.

The insect’s mission is simple: to sample the exciting vegetative delights of the land. But the committee waiting at the Port of Auckland is far from welcoming – and for good reason.

Since the BMSB snuck into the US in 1998, it has eaten its way across 40 states and become a huge threat to both fruit and vegetable crop harvests. There are serious concerns that if the bug did make its way into New Zealand, it would do something similar.

If unwanted pests or diseases get through the biosecurity net, there may be irreversible damage to the New Zealand environment and economy. Chaos can reign.

Manager, Facilities and Pathways Group at the New Zealand Ministry for Primary Industries

The New Zealand Ministry for Primary Industries (MPI) has been monitoring the BMSB’s invasion plans since 2012 – they ramped up defences in December 2013 with treatment requirements for vehicles from the US and again in December 2017 with vehicles from Italy. But in February 2018 their vigilance became global news when 12 live bugs were discovered in a shipment of Japanese cars by the Auckland Quarantine Team.

It’s been a long, hard border battle since then – Erin McElhannan, MPI's Chief Quarantine Officer for the Auckland port, calls it a “war” – and it has caused delays, particularly for the automotive industry. But McElhannan says businesses have been supportive and understand "what we're doing and why we're doing it".

Since the new tightened biosecurity measures were rolled out on 1 September 2018, vehicle and machinery shipments from 17 countries require certification showing cargo has been managed by an MPI-approved system or treated before arrival. Without this, breakbulk cargo from BMSB countries will not be discharged.

But New Zealand ports don’t have the necessary treatment capability to treat large volumes of vehicles in a safe manner. At Auckland port, for example, the BioVaporTM Heat Treatment System can only process 30 cars a day.

And as a vessel can carry more than 4,000 vehicles, it’s easy to understand how a major biosecurity backlog can occur. Ships that are flagged as potential risks go through a stringent on arrival inspection process which can take up to three hours to complete.

One important team member who’s helping to keep things moving is golden Labrador Georgie. As the nation’s first dedicated BMSB detector dog, Georgie – who wears socks to avoid damaging her paws – is used to inspect vehicles that have been through the onboard fogging treatment. Where she does sniff out BMSB traces (the stink bug’s odour has been likened to both coriander and dirty socks), the cars are sent for heat treatment that flushes out and kills the bug.

Cooperation needed to beat the bug

Auckland’s process is thorough, but it’s important that shipping companies also play their part. As Paul Hallett explains: “Early warnings and reporting of adverse biosecurity events through education of those involved in logistics can save a lot of grief for all parties involved. Exporters need to make themselves familiar with the biosecurity requirements of the importing country to avoid costs and delays.”

Providers of deep-sea ocean transportation such as WW Ocean have been praised by the MPI for their vigilance. “(We) have very much appreciated the willingness of WW Ocean to cooperate in successfully managing the biosecurity risk of cargo infested with the BMSB from the US and Italy,” says Paul.

And it’s this close cooperation between ports and shipping companies that will help ensure that Kiwi borders stay closed to the BMSB going forward – welcome news for the country’s farming sector and wider population.

Have another stink bug question? Get in touch with your account manager today. 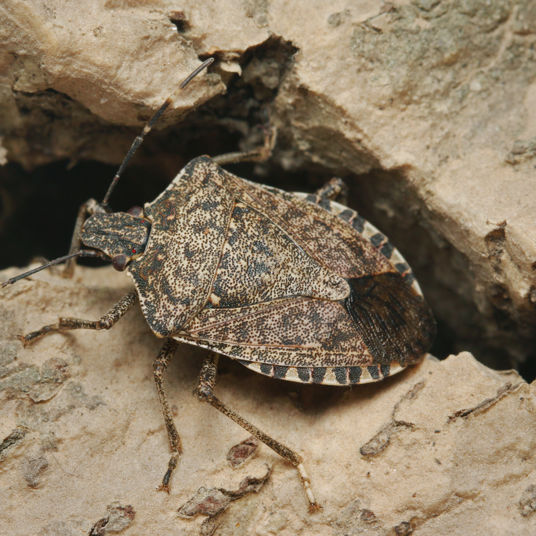