Large volumes of German-produced cars are shipped throughout the world on gigantic RoRo ships. AUTO BILD magazine took a 1958 VW Beetle on board the Wallenius Wilhelmsen vessel Oberon from Bremerhaven to Zeebrugge to experience RoRo transport from a car’s perspective.

This article was originally written and published by AUTO BILD magazine.

This automobile paradise is a little bit larger than Monaco, lies close to Bremen and is full of dream cars. Yet every one of them is unlocked. A BMW M4 sits open and ready to start up with the key on the passenger seat. Next to it, about 50 Mercedes Model Gs are fresh as daisies, still in their white protective covers giving them the appearance of little armoured cars.

The only thing is, you can’t scratch them. Get in, hit the start button, and we’re off!

Things could be so nice in this apparent self-service car showroom, if it weren’t for two problems: This paradise is the automobile terminal in Bremerhaven; what’s more, it is fenced in and closely guarded. And there is a speed limit of 30 as well! Too low for joy rides but adequate for these cars’ last few metres on German soil. Because soon, every car will be going on a long trip aboard one of the large freighters here in the harbour.

In a few hours, the “Oberon” will set out to sea. The destination of this RoRo freighter, which belongs to Wallenius Wilhelmsen Ocean, is Australia. AUTO BILD is going along. Not for the entire four weeks down to the fifth continent but just to the next (and presumably last) stop in Europe: Zeebrugge, Belgium. Our travel companion: a 60-year-old VW Beetle export.

Unloading cargo in Los Angeles. Employees of the harbor authority inspect a VW Beetle at the end of the 1950s.

A golden oldie and a powerful icon

The economic miracle that made German cars what they are today: export hits! Anyone standing on the dock in Bremerhaven cannot believe that Germany’s automobile industry is stuck in its deepest image crisis. Every couple of seconds, a brand-new BMW, Audi, Porsche, VW or Mercedes disappears into the belly of the large ships here; the railroad delivers a steady stream of replacements. It runs and runs and runs!

95,000 cars park here. Most stay for only a week. The total value when the lot is full: 4.2 billion euros. 75% of Bremerhaven’s total revenue comes from exports; 25% from imports.

Many of the automobiles are worth more than 40,000 euros; every one rolls on board, one-at-a time. “Roll on, Roll off” (RoRo) is what they call it in the shipping business. One of the many stevedores is Stefan Vagner. The foreman of the Bremer Lagerhaus Gesellschaft (BLG) (Bremen Warehouse Company) makes, at best, four trips an hour. Once he has positioned a car on board, he climbs, together with four colleagues, into a full-size van, nicknamed “Space”. The name derives from the Mitsubishi Space Wagon which was, back in the 80s, one of the very first such vans. A VW bus would be too cumbersome here for the especially flat decks; so, family cars like the Ford S-Max, Opel Zafira and Dacia Lodgy take over the job of taxi.

A huge collection of cars and rolling equipment

Their drivers must hurry. Because of a storm three days before, the “Oberon” was unable to reach the harbour of Southampton, England. In Bremerhaven, workers needed three shifts before the ship was ready.

7,620 cars fit into it – at least from a purely technical standpoint. The number is based on the “Car Equivalent Unit” (CEU) that is defined by the dimensions of an old Toyota Corolla. As it turns out, the ship will leave Europe with 3,388 cars – it is a mélange of trucks, tractors, backhoes, cranes and busses. And most are three-to-four times the length of the Corolla unit.

Some of them look like scurrilous fantasy-mates from the action film, Mad Max. A tractor with triangular Caterpillar wheels creeps up the loading ramp followed by the chassis of a bus which looks like a Kettcar for baby elephants.

On board are not just cars but also dump trucks, tractors and buses.

On the bridge, preparations are underway for the departure manoeuvres. At 2pm, Captain Johan Svensson calls for the mooring line longshoremen. One after the other, they loosen the four hawsers that hold the steamship to the dock. Two tugboats pull the colossus into the locks, then onto the Weser River. From there, the path leads under cloudless skies to the North Sea.

On Svensson’s monitor, there is a moderately sized swarm of ships. Rush hour! A small freighter wants to cross. The second officer gets out of the way by changing the bearing of the autopilot by a few degrees to starboard (right).

Captain Svensson, a powerful Swede with tattoos on his forearm, a small silver anchor chain around his neck and half-frame reading glasses on his nose speaks to his officers on the bridge only when he has to during the four-hour shift. This is for safety reasons because, as the 55-year-old puts it, “if you talk too much, it can lead to misunderstandings”. He and his colleagues only touch the wooden steering wheel for quick changes in direction – or in close quarters.

Keeping everyone happy on board

After the Captain, cook Joedy Buena (47) is the most important man on board. Good food determines the mood of the crew when, for four weeks, there is only water to look at outside. On this particular day, the Filipino is preparing Kassler (a salted (cured) and slightly smoked cut of pork) accompanied by a delicious cream sauce. “Most often I cook something Swedish,” he says. Tomorrow, it is supposed to be filet of salmon. Standing on the tables are bottles of sharp Asian sauces for the many Filipinos on board.

The longest route to the casseroles is that of the men down below – in the engine room. Here a 24,582 horsepower 8-cylinder engine is powering the ship’s propeller. This unit swallows between 35 and 40 tons of heavy fuel oil per day under normal operation. The “Oberon” gets up to a speed of 20.5 knots (about 24 miles per hour).

The ship will leave Europe with 3,388 cars – it is a mélange of trucks, tractors, backhoes, cranes and buses.

From mechanics to medicine

Of course, there is no such thing as a workshop on the high seas. When damage occurs, the on-board mechanics have to address it. Once, the heavy anchor chain became entangled. Working together, the men managed to heft the monstrosity back into its chain box. There is no doctor on the trip. For serious cases, a medically trained officer even has to operate.

Everything has gone well up to Zeebrugge and Sherwin L. Halibas has fallen in love. The Filipino has discovered the old VW as it rolls off in Belgium. “My father drove one just like this”, the deck hand says wistfully. “Yet my family sold the Beetle after he died – against my wishes”. The sailor could not do anything about it. While all that was going on, he was at sea.

Learn more about our automotive services 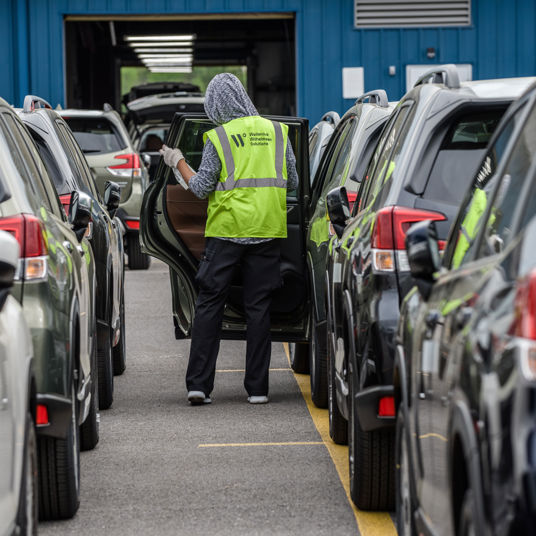 5 predictions for the automotive sector in 2019 and beyond 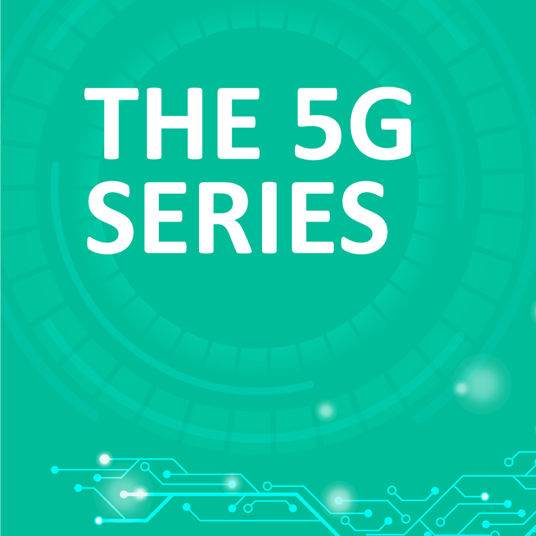 The impact of 5G: How will 5G affect the automotive industry and mobility?